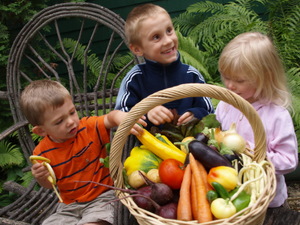 The benefits of organic farming for human and environmental health are broad and long-lasting. This fact sheet lists some problems with the mainstream food system and offers organic solutions, focusing particularly on the effects on children’s health.
“Organic food benefits children in two crucial ways. First, it spares them the burden of exposure to pesticides, hormones and a host of other actually or potentially harmful substances. Second, organic foods are generally richer in “defense” compounds, like anti-oxidants and salvestrols, that aid a child’s immune system. In both the short and the long term, therefore, children’s health benefits from organic foods.” – Dr. Warren Bell, The Canadian Association of Physicians for the Environment.

The Problem: Children’s Health and the “Body Burden” 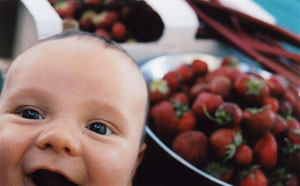 The Solution: The Precautionary Principle